↓ Skip to Main Content
"The only thing that you absolutely have to know, is the location of the library." Albert Einstein
Home › Borrow It › Check Out the New Books

Check Out the New Books

A Long Walk to Water

Based on a true story - Nya goes to the pond to fetch water for her family. She walks eight hours every day. Salva walks away from his war-torn village. He is a "lost boy" refugee, destined to cover Africa on foot, searching for his family and safety. Two young people...two stories. One country: Sudan. 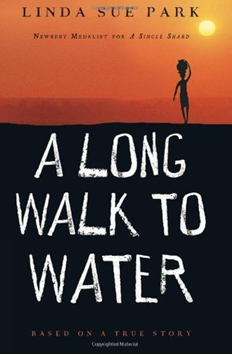 NIMONA is an impulsive young shapeshifter with a knack for villainy. LORD BALLISTER BLACKHEART is a villain with a vendetta. Together, they are about to wreak some serious havoc. Their mission: prove to the kingdom that Sir Ambrosius Goldenloin and his buddies at the Institution of Law Enforcement and Heroics aren't the heroes everyone thinks they are. 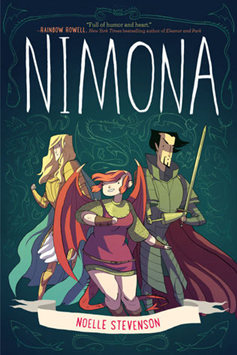 The Art of Racing in the Rain

Enzo knows he is different from other dogs: a philosopher with a nearly human soul (and an obsession with opposable thumbs), he has educated himself by watching television and listening carefully to the words of his master, Denny Swift, an up-and-coming race car driver. Now in his twilight years, Enzo finds himself thinking back on his life with the Swift family.

Enchanting, beautifully written and exquisitely suspenseful...a magnificent story of love and obsession, betrayal and retribution, appearance and truth...will appeal to fans of "Girl with a Pearl Earring" and "The Goldfinch". Keita Ali is on the run. Like every boy on the mountainous island of Zantoroland, running is all Keita's ever wanted to do. In one of the poorest nations in the world, running means respect. Running means riches--until Keita is targeted for his father's outspoken political views and discovers he must run for his family's survival. Skim is Kimberly Keiko Cameron, a not-slim, would-be Wiccan goth stuck in a private girls’ school in Toronto. When a classmate’s boyfriend kills himself because he was rumoured to be gay, the school goes into mourning overdrive, each clique trying to find something to hold on to and something to believe in. 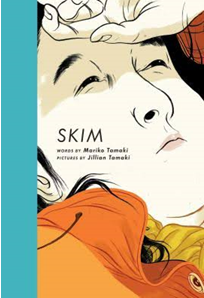 Who says winning is everything? For Jack Logan and his athletically ungifted teammates, it's all about the agony of victory and the thrill of defeat! 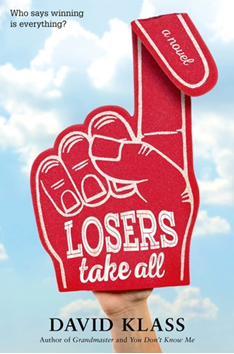 In the dusty seaside town of Toturpuram on the Bay of Bengal, the modern world is fast encroaching upon Sripathi Rao. His mother is disappointed that he never became a doctor; his sister, longing for love, is the bane of local matchmakers; his only son prefers embarrassing student activism over employment; and his wife, though ever-dutiful, has become disillusioned and bitter. But the small disasters of everyday life wither when his beloved daughter and her husband are killed in a car crash. Nandana, their surviving seven-year-old daughter, is about to become Sriprathi's reluctant ward and the catalyst that forces hime to come to terms with the pain of his loss.

Every family has its problems. But even among the most troubled, the Plumb family stands out as spectacularly dysfunctional. Years of simmering tensions finally reach a breaking point on an unseasonably cold afternoon in New York City as Melody, Beatrice, and Jack Plumb gather to confront their charismatic and reckless older brother, Leo, freshly released from rehab. Months earlier, and inebriated Leo got behind the wheel of a car with a nineteen-year-old waitress as his passenger. The ensuing accident has endangered the Plumbs' joint trust fund, "The Nest", which they are but months away from finally receiving. 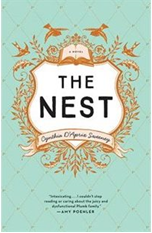 Unrequited love, underage drinking, and teen angst rule at a high school for mutants and witches. The SuperMutant Magic Academy is a prep school for mutants and witches, but their paranormal abilities take a backseat to everyday teen concerns. Science experiments go awry, bake sales are upstaged, and the new kid at school is a cat who will determine the course of human destiny. 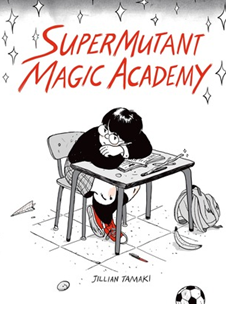 Most people who have a near-death experience come back alone...Danny Orchard survived the fire that claimed the life of his twin sister, Ashleigh. He then went on to write a bestselling memoir about going to heaven and back. But despite the resulting fame and fortune, he's never been able to enjoy his seond chance at life. Ash won't let him. In school, we learned about the world before ours, about the angels and gods that lived in the sky, ruling the earth with kind and loving hands. Some say those are just stories, but I don't believe that. The gods rule us still. They have come down from the stars. AND THEY ARE NO LONGER KIND.

We Are All Made of Molecules

Thirteen-year-old Stewart is academically brilliant but socially clueless. Fourteen-year-old Ashley is the undisputed It Girl in her class, but her grades stink. Their worlds are about to collide when Stewart and his dad move in with Ashley and her mom. ... They are complete opposites, yet they have one thing in common: they--like everyone else--are made of molecules. She was very blurry, not at all human looking. There were huge dark eyes, and a kind of mane made of light, and when she spoke, I couldn't see a mouth moving, but I felt her words, like a breeze against my face, and I understood her completely. "We've come because of the baby," she said. "We've come to help." All Steve has to do is say, "Yes." But "yes" is a powerful word. It is also a dangerous one. 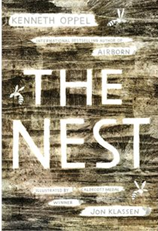 Alina Chase has spent her entire life imprisoned on a secluded island--not for a crime she committed in this lifetime but one done by her past self. Her very soul is like a fingerprint carried from one life to the next--and Alina is sick of being guilty. ... A stunning adventure full of intrigue and romance that will leave readers wondering just how far they would go to escape the past.

T----'s photographs speak louder than words. But when he captures a horrific assault on camera, the attackers want to silence his pictures. Going to the police could be deadly. Keeping the truth hidden could be worse. 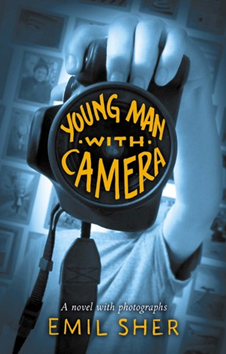 Pride and Prejudice and Zombies

"It is a truth universally acknowledged that a zombie in possession of brains must be in want of more brains." An expanded edition of the beloved Jane Austen novel featuring all-new scenes of bone-crunching zombie mayhem. The true story that inspired the film .. A little girl and her amazing story of healing.

The following lists contain the titles of new books purchased in that time period: 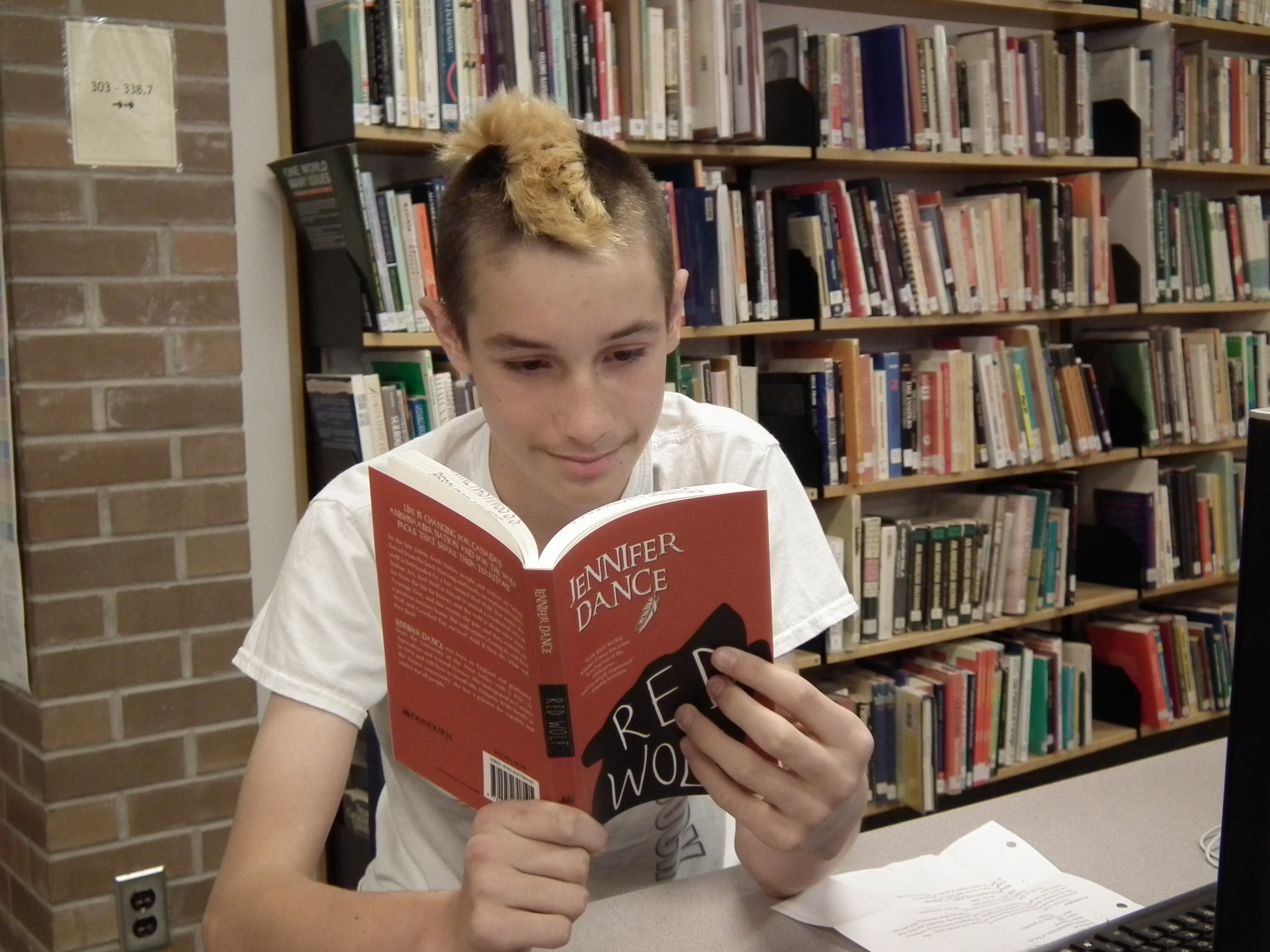 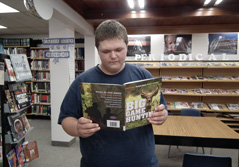 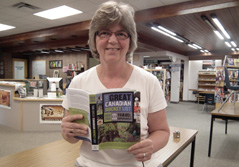